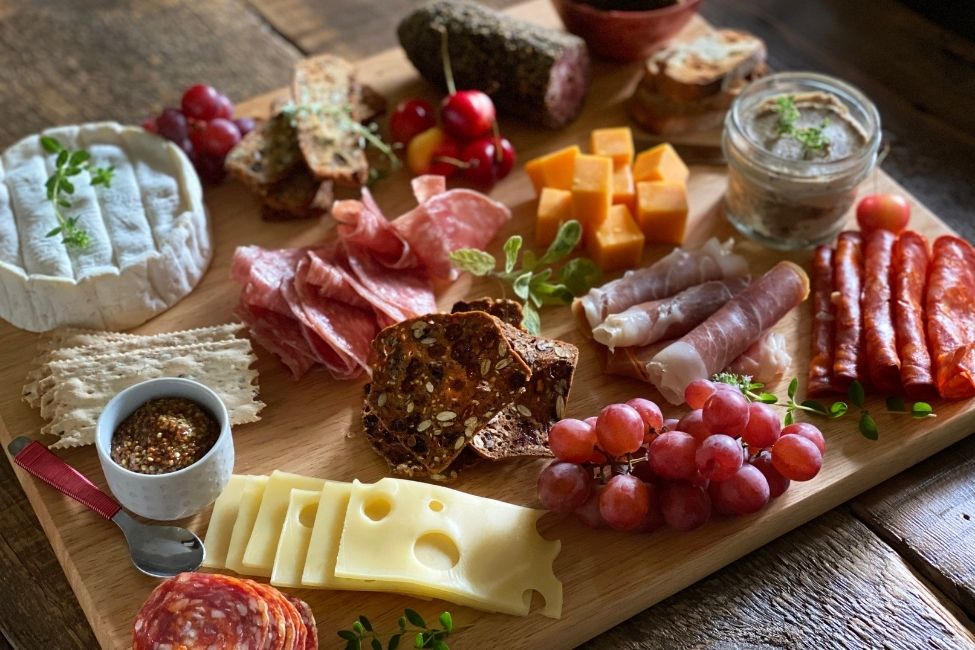 This is the first of three articles in our “Guide To Charcuterie”. Read How  To Make A Charcuterie Board here.

Charcuterie boards are all the rage. They are taking over restaurant menus and Instagram feeds….and increasingly supermarkets and delis. But charcuterie, pronounced (shar-Coo-tur-ree), is the French term for the culinary art of preparing meat products such as salami, ham, terrines, pates, confit, and dry cured sausage. And it’s anything but new.

As the noted food author Michael Ruhlman has said, “It (charcuterie) has been carried on in many forms through virtually every culture and has been one of the foundations of human survival in that it allowed societies to maintain a food surplus.”

Although there is archeological evidence for smoked, preserved meats going back as far as the Bronze Age, charcuterie as we know it began with the Romans. They were the first people to formulate the “rules” relating to the processing of pork. Salted and prosciutto-style hams were known all across the Roman Empire and some of the best, along with sausage, were imported into Rome from Gaul (modern day France, Belgium, Germany, Italy). Pancetta (a salt-cured meat made of pork belly) was also an important part of a Roman Legionary’s diet as dried foods were easily carried, kept well, and provided the necessary energy.

The word wurst (sausage) is first noted during the reign of Emperor Charlemagne at the turn of the ninth century, and in Alsace (on the French/German border) sausages have been celebrated and enjoyed since the 13th century.

It was, however, in the 15th century that the term “charcuterie” was first coined. The word is from the French chair (flesh) and cuite (cooked) meaning “cooked meats.” The practitioners of this meat processing were called charcutiers.

The Rise of Charcuterie

In the early 1500s, food related illnesses and disease became an epidemic in France. The French government instituted regulations that maintained a strict separation between fisheries, slaughterhouses, butchers, and charcutiers to avoid cross contamination.

Read More
How To Eat Gluten Free At Restaurants

The decision of separation by the government made the charcutiers very upset because the regulations kept the slaughtering of animals and fish away from meat markets and the charcutiers had to depend on suppliers for products. Charcutiers were outraged at the situation the government had put them in since they now had to pay more for supplies. Their ability to slaughter and process their own animals had allowed them to control the supply and costs, but it was now taken away. Protests erupted. The government finally allowed the charcutiers to sell salted herring and other types of fish during Lent when meat products were prohibited.

In an attempt to quiet the growing unrest, the government regulations were eased in the 1600s and charcutiers were allowed to slaughter their own animals for processing.

Free from government regulation, charcutiers began experimenting with different meats and fowl, resulting in new and different foods. It also created a competition between charcutiers causing them to boost their culinary skills. It was the impetus for the growth and spread of charcuteries throughout Europe.

Immigrants from Europe brought their techniques to America and applied them to the natural resources they discovered. Pennsylvania became famously known for its sausage preparation. Virginia became known for its fabulous cured and smoked hams.

Just like a cheese board, a charcuterie platter is an ideal way to please all palates and delight hungry crowds big and small. (And, these days, the result can be quite pretty and social media worthy.)

Charcuterie, with its rich history, satisfies consumers’ hunger for authenticity. It is seen as “real” food with an authentic story. It is a protein packed meal perfect for the whole family that feels like a special treat.

Charcuterie now appeals to a younger demographic and “foodies” looking for more flavorful, high-protein, and convenient meal options. What was once the domain of fancy restaurants and specialty shops is now proliferating in supermarket delis for a much broader audience. More domestic producers are trying their hands at artisanal charcuterie, and more selection is available from Europe.

Read More
How To Make A Charcuterie Board

Another factor increasing sales and interest is the greater availability of special heritage cuts from small producers, especially those that are hormone-free, antibiotic-free, and humanely raised.

Know Your Charcuterie (A Guide)

This is where a whole muscle is cured with either salt or brine and later shaved into slices. It is often the most popular of charcuterie.

Prosciutto is Italian for ham and is usually used to describe the seasoned, cured, air-dried ham that comes in whisper thin slices. The original prosciutto hails from Italy, but quality versions are now made elsewhere, including high-quality American versions.

Jamon Iberico, as the name suggests, is ham made only from the Iberian pig (black-hooved pigs from Spain and Portugal) and cured up to five years to develop their trademark, nutty flavor (as a result of the pigs’ diet which is high in acorns).

Serrano ham may be made from several breeds of white pigs, such as Duroc, Landrace, or Large White. It’s a more affordable version of Iberian ham as it is made from white pigs and aged for less time.

An air-dried, salted beef that has been aged two to three months. This is a lean meat and a good choice for those looking for a non-pork product.

A smoked-cured pork that is similar in flavor and texture to bacon with a milder flavor and firmer texture than prosciutto.

Ground meats and salts are encased in a casing tube and either boiled, smoked, or cooked. These are another popular charcuterie item.

One of the more common encased meats with a variety of styles differing in heat and spice. Pepperoni (or salami piccante) is among the most popular, well-known types of salami. While pork salami is the most popular, beef salamis are also available.

A cooked sausage (with origins in Bologna, Italy) similar to bologna, with nuts and spices added. Mortadella is bologna for grown ups.

A dry salami that comes from the Calabria, Vizenza, and Tuscany regions of Italy. There are many variations and flavors, including cumin, black pepper, red pepper, and chilli peppers.

Also known as Coppa or Capocello, Capicola is a cured, fatty meat, delicately spiced, slightly smoky, and sliced as thinly as possible.

A French style salami that is thick and rich, similar to pepperoni.

Broadly speaking, pates and terrines are essentially big sausages cooked in molds. They are generally comprised of either ground pork, duck, or chicken livers mixed with spices. They may range from silky smooth to coarse, country style.

Other Products to Discover

Usually available in blanc and noir (white and black), these savory sausages are made from ground, spiced meat packed in natural casings and then poached or blanched. Deep red boudin noir is named for the addition of pig’s blood to the sausage.

Lonza is made by dry curing and smoking boneless pork loins with spices (sometimes fennel). Leaner than most charcuterie (it comes from the same cut of meat that gives us pork chops), it may also be referred to as Lomo or Lombo.

A type of salami made by curing strips of fatback (cut of meat from a pig) with rosemary and other herbs and spices. It’s silky sweet and full of gentle, rich flavor. Best eaten in very thin slices so the fat can melt over the tongue.

Read More
Why You Should Definitely Make Beer Can Chicken

Pronounced (en-doo-ya), `nduja is a spicy spreadable pork, usually made with parts of the pig such as the shoulder and belly, roasted peppers and spices. Originally from Calabria, this versatile spread can be spread onto crackers or breads or even added to pizza or pasta.

Take the meat out 45 minutes before enjoying and serve at room temperature.

Look at the Meat

Well made meats should have clear colorations, where the reds are red and the whites are white. How does it look? Are the colors clear and vibrant? Avoid any meals that are gray or grayish brown.

Cured meats will feature a range of smells. You should encounter herbaceous, savory, sweet, or salty smells. Avoid eating meats that have any “off” or rancid smells.

Cured meats should predominantly feature an “umami” flavor. Pay attention to the texture and mouthfeel, the flavor and the finish.

(Mainly to complement the charcuterie. This is not a developed charcuterie board).

Crusty bread and plain crackers. Avoid breads or crackers that may overpower or compete with your charcuterie.

A variety of green and black washed of their brine.

Toasted or raw almonds, walnuts, and hazelnuts are a great addition.

Sweetness of chutneys contrasts nicely with the tangy and salty flavor of the charcuterie. Mustard always pairs well with charcuterie.

Pickled fruits and vegetables offer a tangy flavor that helps to cut through the richness of the meat.

Make sure to read our guide on the best places to order charcuterie boards and how to build your own! 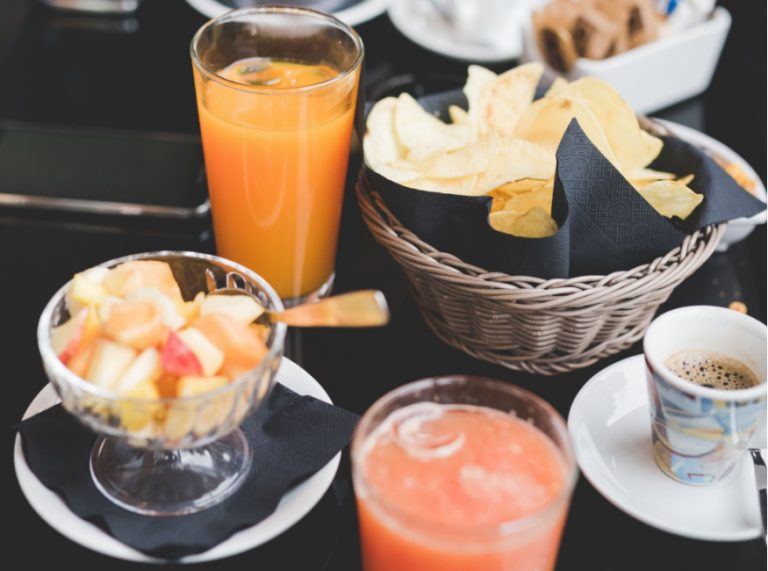 Aiken has a rich history and visitors can look forward to many attractions. But in this article we are concentrating on what many overlook…Aiken’s vibrant food scene. 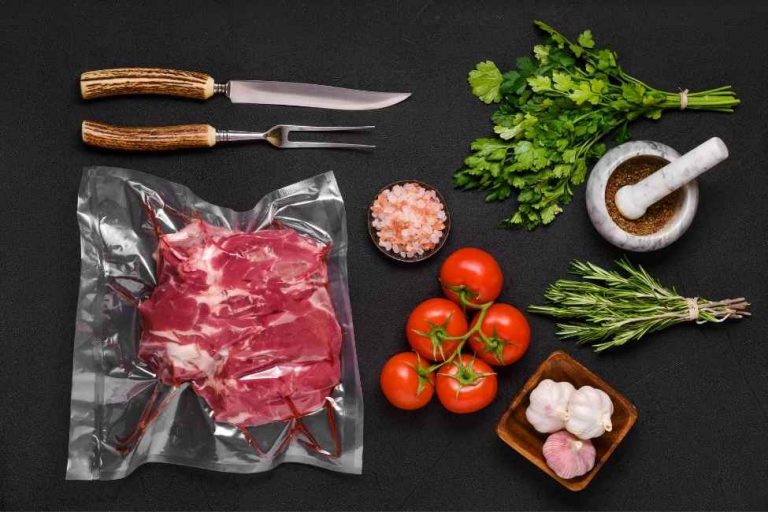 Ordering meat online has become more and more common during the past decade as people increasingly go online for all kinds of shopping. 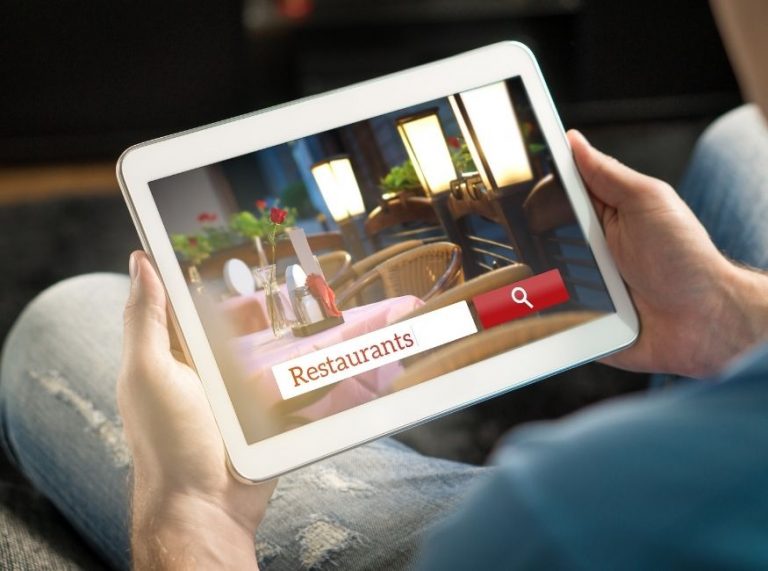 How many times are you visiting a new city or maybe just out and about exploring in your area when you decide you want a bite? Today, we are focusing on meeting the needs of your customers and helping them be successful when visiting your website, and hopefully, ultimately, your establishment. 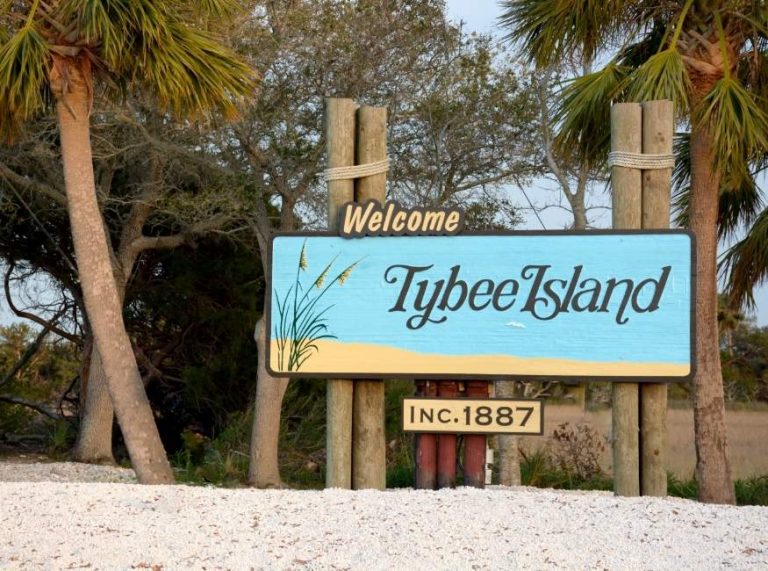 Great beach towns come in many forms. Tybee Island is a truly great beach town. We have systematically sampled many dishes to give you, the reader, a broad picture of Tybee’s dining scene. Enjoy! 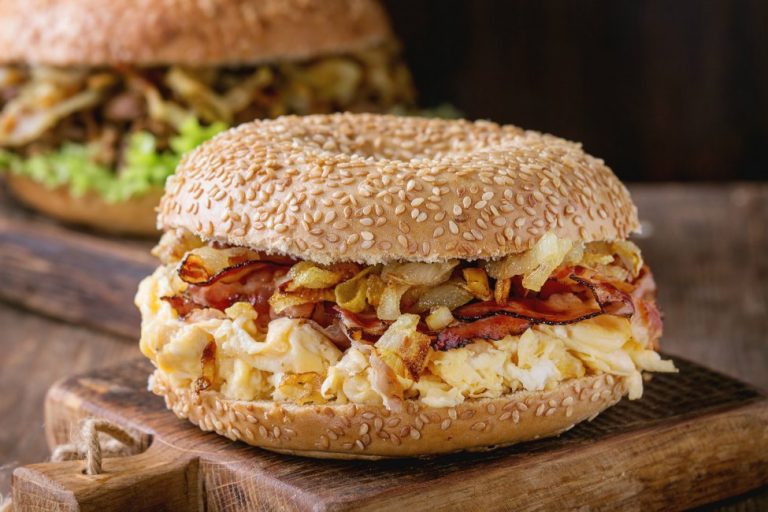 Breakfast comes in many different shapes and sizes, but to many, the king of them all is the breakfast sandwich: an iconic, American combination of eggs, cheese and usually meat of some sort (typically pork based) on some form of bread (usually a bagel, roll or biscuit). 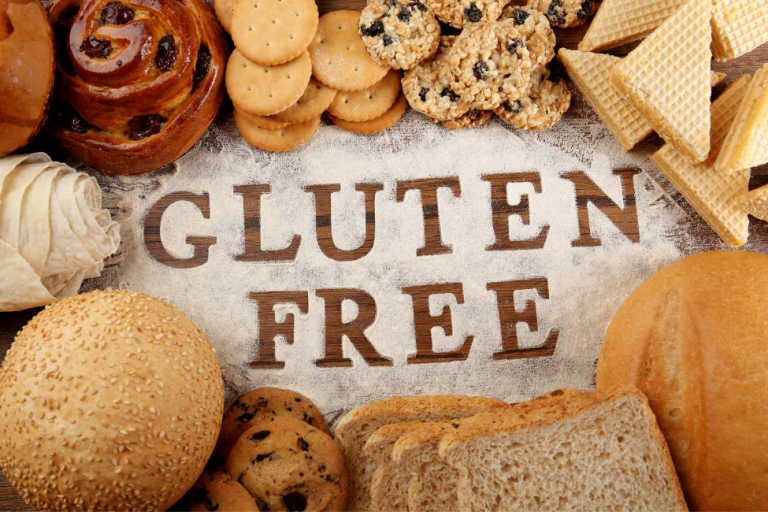 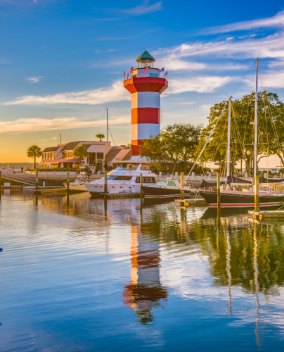 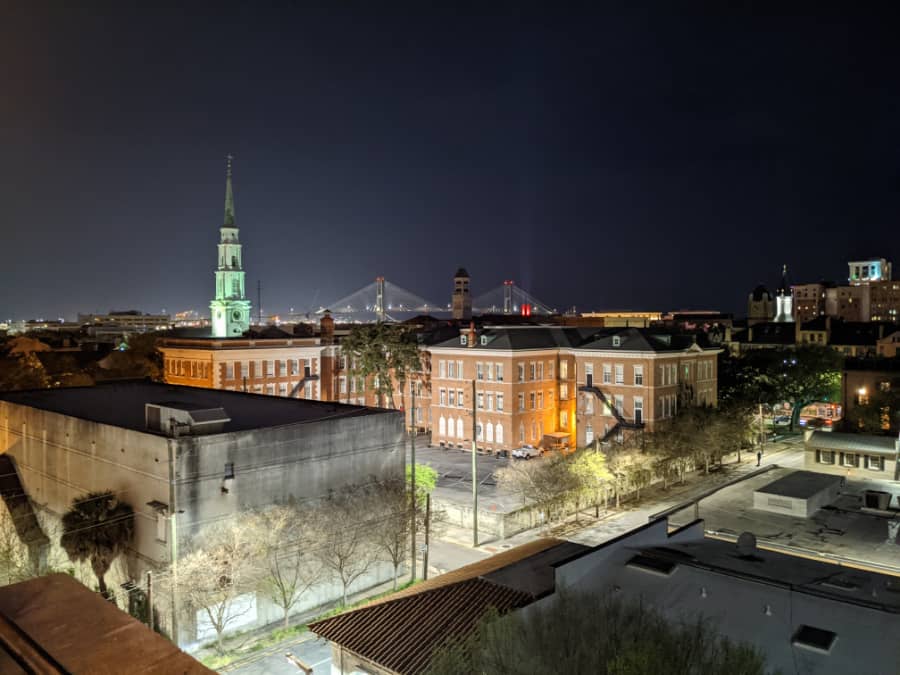 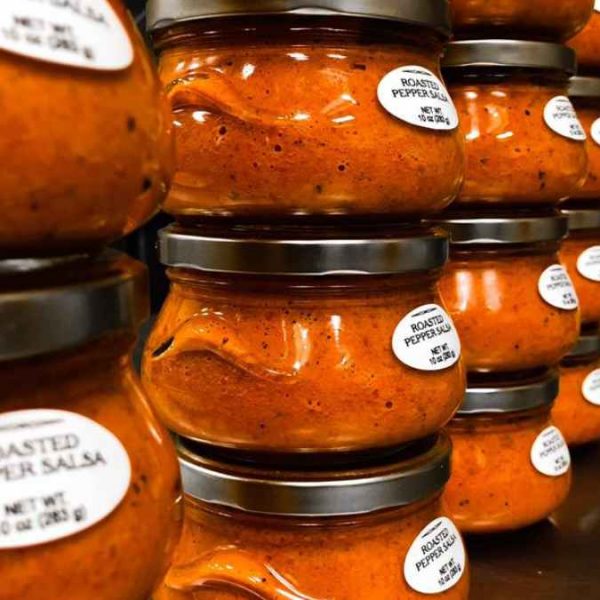 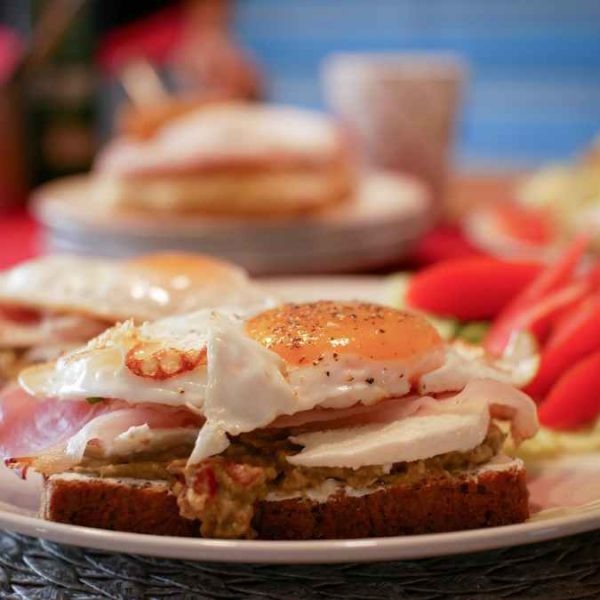 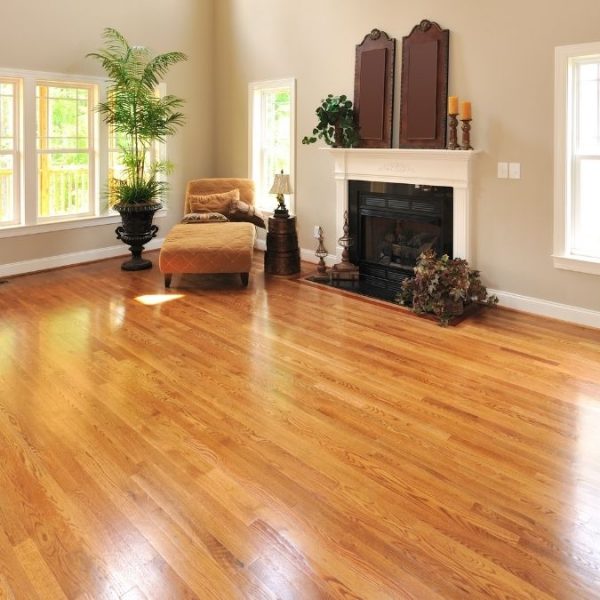 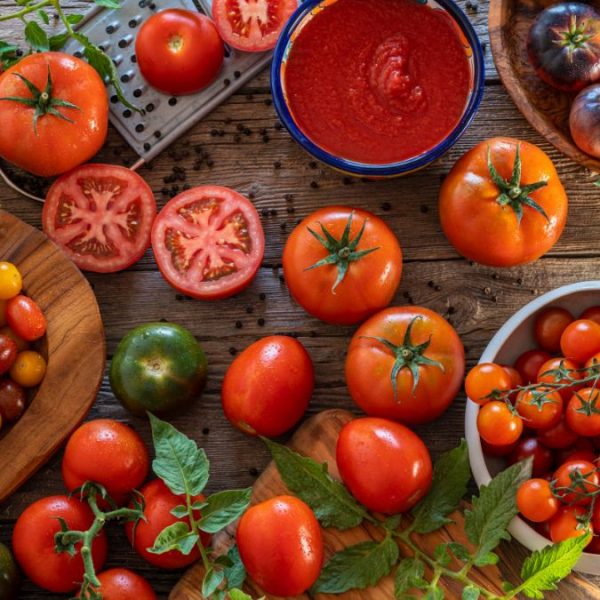 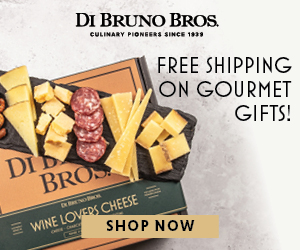