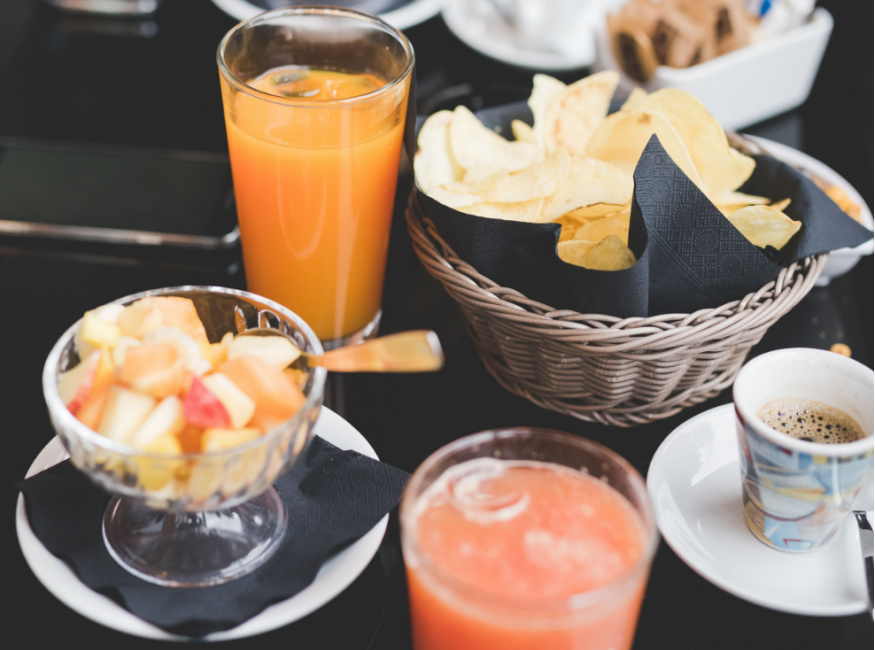 Posted at 15:28h in Food + Drink by Blair Witkowski

We did all the work so you can reap the rewards! Our list of the best restaurants in Aiken, SC is ready to help you find the most charming places to eat in Aiken.

Aiken, South Carolina is duly renowned for its lush gardens and fast horses. Today, it might owe its fame to being the winterhome of late 19th century wealthy equestrians. Yet, Aiken wasn’t initially built to be a ‘winter colony’ for the well-to-do. It was, in fact, a railroad town. Aiken was incorporated in 1835 and was formed around the last stop of the South Carolina Canal and Railroad Company, a rail line from Charleston to the Savannah River. It was named for William Aiken, the railroad’s first president.

The rail line, which ended in downtown Aiken, transported the very first steam powered passenger train in the U.S. At the time of its completion it was the largest train line in the country. 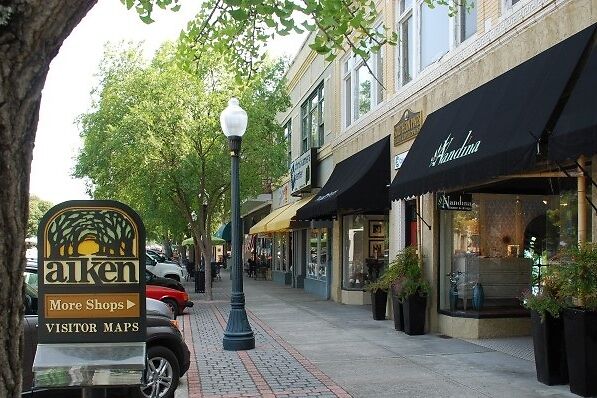 Railroad tracks once occupied the middle of the street in Aiken but they have since been displaced by verdant parks. The downtown is bisected with a quirky network of one way streets, squares and circles with fountains unrestrainedly attractive and pleasing…but also challenging to drive through for first time visitors. It can be a little puzzling to see drivers making left turns on red lights. Or going straight through a red light.

Want some local advice? “Circles go, squares no.” But if you’re uncertain, just wait for a green light and everything will be OK. As we have indicated, Aiken has a rich history and many attractions. But in this article we are concentrating on what many overlook…Aiken’s vibrant food scene. In South Carolina we have Charleston, Hilton Head, Columbia, and Greenville, but we’re here to tell you that Aiken is a sleeper.

We made many visits in January, February and throughout this past summer and have had many enjoyable experiences…just as enjoyable as any of the aforementioned dining destinations. Do not sleep on Aiken. This is our story about an adventure in food. Twenty five places that you need to try.

How We Ranked The Best Restaurants In Aiken…the method to our madness!

A few guidelines. Every restaurant on our list was visited at least once, most two times. I usually had two “partners” so as to sample more dishes. This is a ranking, but not a traditional 1-25. The restaurants that made our list are placed in different food experience categories:

Within each group there is no particular order. We hope our designations will enhance your decisions when dining at the best restaurants in Aiken, South Carolina.

Now, on to our listing of the best places to eat in Aiken, SC!

If You Go: Don’t expect any server to introduce themselves by name or recite a litany of specials. Get with the program and you’ll find a diamond in the rough. 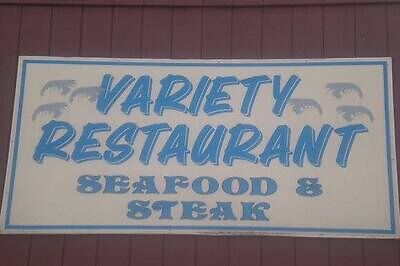 The Food: an exemplary steakhouse that compares favorably with the best in NYC and beyond.

If You Go: Expect some outrageous specials. I might bring tears to your eyes if I explained them, but enjoy the ones offered when you are there. I am sure that your taste buds will never be the same. 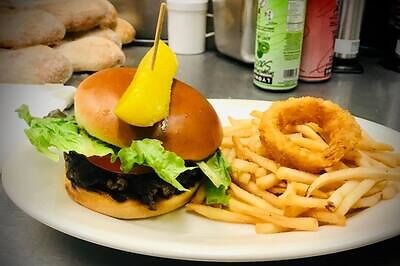 The Setting: casual and friendly. Place your order, pay at a counter. Piped in Italian music. Even if this was a parking lot it would be worth the trip. Watch the oven: it is amazing in itself.

The Food: Bona-fide. Certified by the Verace Pizza Napoletana. These pizzas rival the best in Italy and the U.S.

If You Go: Don’t ask for your pizza to be cut. They honor old country traditions. You need to use a knife and a fork or they will give you a cutter. This is historical, traditional pizza. You will not find its like in all of South Carolina. They are the best in the state for what they do. And the 900 degree wood fired oven doesn’t hurt. 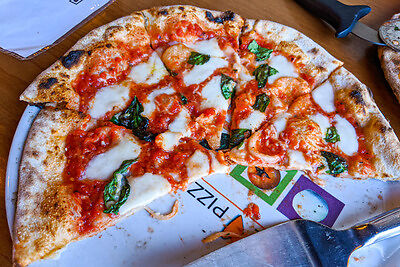 The Food: innovative and creative cuisine that tweaks regional classics.This kitchen is from another planet. I’m thinking about placing it on my all-time 20 best restaurants list.

If You Go: Did I say cutting edge? Also, I realize this is a food list, but the Whiskey selection deserves a mention. Top notch. 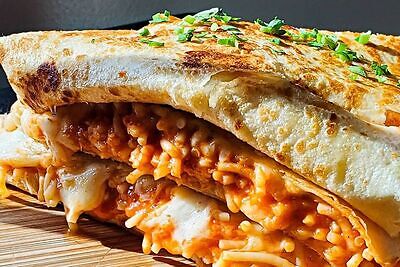 The Setting: luxurious hotel, spa and restaurant. Harkens back to bygone eras when Aiken was indeed the winter playground for the rich and famous. Historic, romantic, polished. Breakfast, Lunch, Dinner, Dessert, Alcohol.

If You Go: Best hotel in town. Busy Spa. Special occasion restaurant – expensive but worth every penny. Refined service but not snobbish or patronizing. The Food: dishes that combine influences from Spain, Africa and Latin America. This is the real deal, not a sanitized version of Latin food.

If You Go: very hands on place with the owner and chef interacting with the customers. House sangria goes particularly well with the dishes. The Food: Cheeseburgers and Hot Dogs are the specialties. Chili recipe was first made in 1957. Sign proclaims: “The Best Cheeseburger you’ll ever eat.”

If You Go: Hamburgers and hot dogs make a Bucket List? Yes they do! Give City Billiards a try and I’m sure you’ll agree. 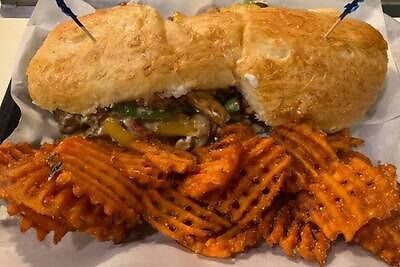 The Setting: located in a tumbledown former convenience store/gas station on the side of a country road. Unpretentious spot serving classic Mexican food. Warm, attentive service.

The Food: Delicious Mexican food with an alluring presentation. Not an eat and run place. Meals are made to order in a small kitchen but well worth the wait. 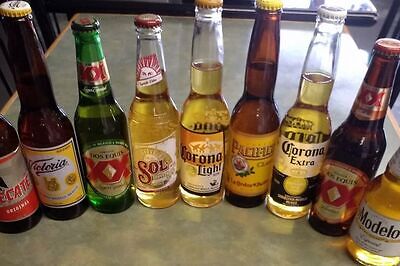 The Setting: A no frills place. Aiken’s oldest, continuously operating restaurant (since 1909). At their present location since 1985. Most do takeout, but there are tables if you choose to eat in. Lunch, Dinner.

The Food: Limited menu of the freshest, tastiest fried fish. Bream, mullet, whiting. All fish dredged in cornmeal and then placed in a large cast iron skillet with bubbling oil. Removed with tongs placed in butcher paper. Mustard/hot sauce if you choose. Some white bread. More butcher paper then wrapped in newspaper even if eating in.

If You Go: Some days there are cakes (fair warning), do not walk out unless you order a few slices. The pineapple upside down cake is a thing of beauty. Deceptively simple food with complex flavor.

Betsy’s Round the Corner

If You Go: Try the delicious cakes and ice cream. If you are in the mood they have some interesting and tasty “boozy shakes.” Try a PB&J – peanut butter, vanilla ice cream and Jack Daniel’s. The Whitney Restaurant and Bar

If You Go: Only serving dinner at this time. Well-crafted cocktails and a well thought out wine list. The Setting: A juke joint with beer sign decor, low lights, graffiti on the walls. Bottled beer is the drink of choice. But, yes, this is definitely a destination restaurant. Dinner, Alcohol.

If You Go: Surroundings are just right – lots of locals, yet welcoming. If you order oysters they are a little hard to slurp as the house policy is to leave them semi-attached. 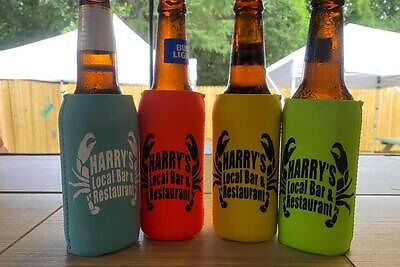 The Food: We’re talking seafood boils – traditional Low Country Boil but shrimp can be substituted with crab legs, mussels, sea scallops, lobster tails or crabs. Large display case with all kinds of fish and shellfish that can be steamed or boiled.

If You Go: Almost feels like you’re on the ocean. Close your eyes and indulge in a South Carolina Classic. Their motto. “Nothing fancy—Just Good Food”. The Setting: An ethanol free gas station and convenience store that also doubles as a butcher shop and cafe. Breakfast, Lunch.

If You Go: Located in Couchton, SC, about 7 miles from downtown Aiken. 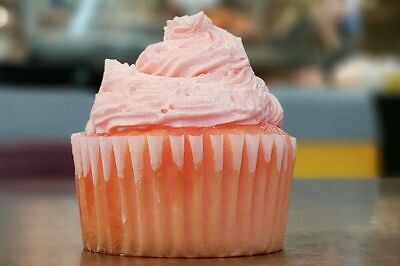 The Setting: Set back from the street by a brick archway. Housed in a Victorian mansion with a comfortable interior. Casa Bella means beautiful house. Dinner, Alcohol.

If You Go: Park-like setting with an enticing patio. Interesting cocktails. 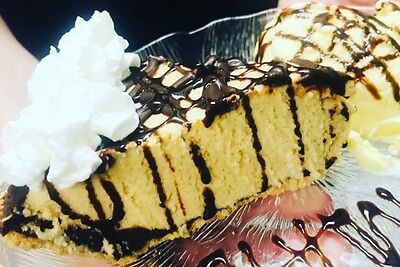 If You Go: Don’t be afraid to use your naan to mop and dip into any curries and vindaloos you might have. All spice levels can be adjusted so talk to your server. 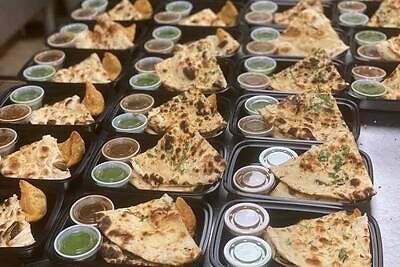 The Setting: “Welcome to Thailand” greets you as you enter. Located in a shopping mall, simple but comfortable dining area. Well-maintained. Lunch, Dinner, Alcohol.

The Food: Aromatic Thai food with a sprinkling of other Asian entries. Thai items are all spot-on with a multitude of choices.

If You Go: Discuss the heat with your server. A great addition to your meal – a bottle of Chang beer, a lager beer brewed in Thailand. 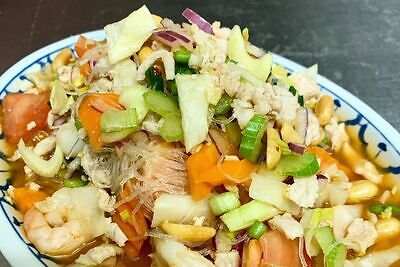 The Setting: Bare-topped tables and fluorescent lighting. But don’t be fooled, this place has a warm, Southern vibe. Opened in 1981, and for the last 23 years the owner has been, of course, Julie.

The Food: Sandwiches, salads, sides, soups. The freshest of ingredients. All meats and cheeses cut fresh.

If You Go: Everything is made to order – takes a little time, but we can all spare a little time for food this delicious and fresh. 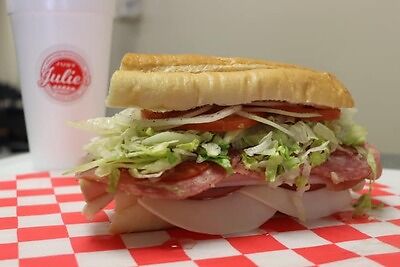 The Food: Great tavern fare – owners (over 40 years) take pride in what they do. Limited menu – hamburgers, hot dogs, wings and usually a fish or chicken sandwich. Meat ground fresh by a local butcher daily. Garnishes from local produce. Condiments are name brand.

If You Go: Kitchen closes 7 pm, though the tavern remains open later. 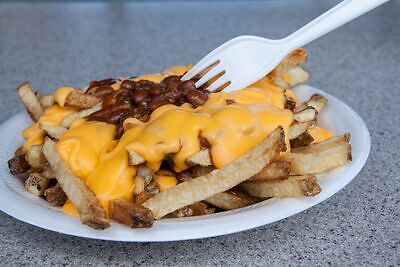 If You Go: We wanted to make this a Destination-tier stop, but felt like the kitchen needs to step out of their comfort zone. Everything they do they do well, just wish they would be more creative with their offerings. 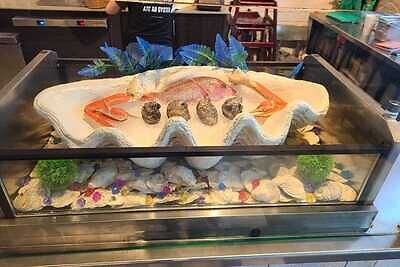 If You Go: This spot is a real find for Southern regional dishes. Do not be shy. 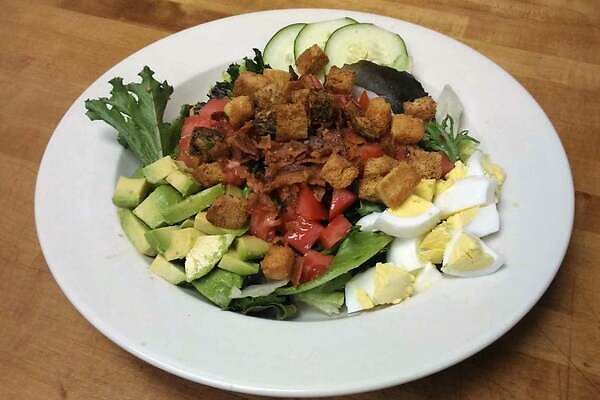 The Food: Asian and Southwestern food. Not a fusion menu – serves Asian (mostly Japanese) and Mexican/Southwestern as separate options.

If You Go: A strange brew in this restaurant. The Asian dishes could elevate it to the Bucket List but then we have to deal with the Southwestern. This side of the menu is just plain terrible. This concept is interesting but the execution has gone off the rails. Stick with the Asian and you will have a memorable meal, but for the uninformed (who may want to order nachos) it could be a disaster. 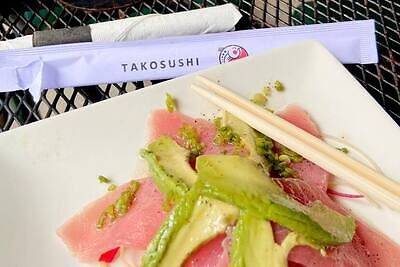 If You Go: Grumpy’s knows what they want to do and they do it well. You will always be satisfied, just make sure you understand what to expect. 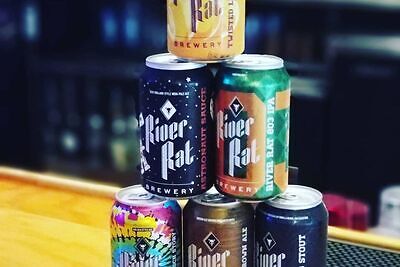 The Food: Pub-style menu that complements the beer offerings.

If You Go: the attraction is beer. So we’re here to help. 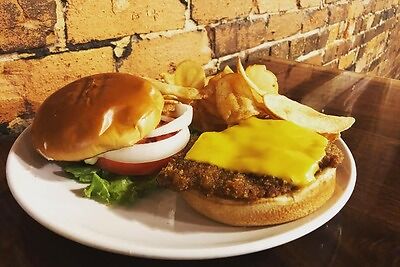 The Setting: Classic South Carolina barbecue joint. The Dukes family has been a leader in smoked pork for over 50 years. Located throughout South Carolina. Lunch, Dinner.

If You Go: Buffet has reopened but everything can be packed to go. 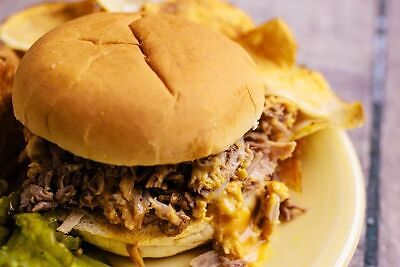 That’s our cook’s tour of Aiken. When you’re contemplating a food adventure in South Carolina, think outside of the box. We all know the tried and true, and they are great. But now it’s time to eat your way through Aiken, SC! We know you’ll be pleased!

Places To Go, Where To Eat In Aiken